This week I want to show people what I've been working on. It's only two paragraphs, but if you aren't satiated sign up for my book waitlist. After I let the first people off of the list next week, I'll be releasing 1000 words of book content every week on my private Substack. This section is at the end of my introduction and chronicles how, in our current moment, creators can build media empires with no overhead and full autonomy.

"The absence and quiet destruction of traditional gatekeepers coupled with the tools enabling anyone to earn money online enabled 16.9 million Americans to make $6.8 billion from independent concepts in 2017. These online creators have the potential to reshape reality itself! I spoke to professors who escaped academia, a software engineer who escaped full-time employment, and a consultant escaped a two-hour commute to redesign their lives.

I saw people who built credibility in a field simply by sharing what they were learning about it and bypassing gatekeepers. Writers engage thousands of subscribers without newspapers; Shopifyers sell millions of products without retail stores; artists get billions of listens without major labels. In the 21st century, I realized I could study any discipline I wanted to and have an outsized impact." 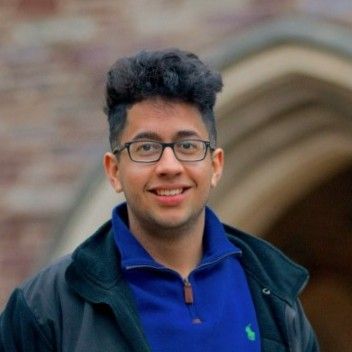 My cousin and I discuss why he's graduating after me, building personal moats, and working at a startup.

Leo and I discuss the value of setting outrageous goals for yourself, long-term thinking, and protecting your time for creation.